A Friendly Church for ALL 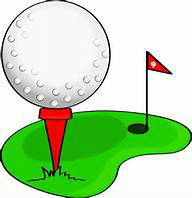 The autumn outing took place at Dunmurry Golf Club on Wed 7 September 2016.  A total of 17 Golfers, including players from St Anne’s, St Coleman’s and the Non-Subscribing Presbyterian churches.  The weather was excellent and competition between the churches was friendly but keen.  The Captain, David McCleery gave a warm welcome to 24 golfers and supporters who attended for the evening meal and prize giving.  Following the evening meal and much conversation Mr. McCleery expressed how much he had enjoyed his year of office and his particular pleasure in welcoming the teams from other churches.  He went on to give an entertaining speech, interspersed with some very witty jokes.  Dr. John White announced the winners and the Captain presented the prizes at follows;

The visiting church representatives expressed thanks for the invitation to attend and stated how much they had enjoyed the event,  We look forward to next years Spring and Autumn outings under the Captain for 2017, Mr. John Ritchie.